Pronounced climatic warming associated with the Late Weichselian Pleniglacial‐to‐Lateglacial transition caused considerable environmental changes throughout the former periglacial zones. In this study we investigated a flat mid‐altitude area in south Bohemia, Czech Republic. We discovered palaeo‐lake basins with sedimentary infillings up to 11 m in depth. According to radiocarbon and palynostratigraphical dating, these basins were formed at the onset of the Late Pleniglacial‐to‐Lateglacial transition, whereas the smaller depressions were formed later. We suggest that the basins resulted from thermal and fluvio‐thermal erosion of the former permafrost and represent remnants of discontinuous gullies and possibly collapsed frost mounds (pingo/lithalsa scars). The formation of this a fossil thermokarst landscape was climatically driven and multiple phased. The research could be a valuable source of information with respect to the future transformation of the Arctic under conditions of ongoing global warming.

During Quaternary glacial periods, theŠumava / Bayerischer Wald mountains were subject to mountain glaciations. Here we use high-resolution digital elevation models toidentify over 300 erosional and 40 depositional landforms of glacial origin. Our study provides a map of glacial geomorphology for the whole mountain range across the Czech Republic, Germany, and Austria, with an up-to-date overview of previously investigated sites and newly identified glacial features in areas that have not previously been surveyed. The results of our mapping study can further be validated by field surveys and will serve as a basis for future reconstructions of palaeoglaciation in theŠumava / Bayerischer Wald mountains.

A team of researchers centred around the University of Cambridge has published a paper and a dataset compiling available information on the extent of ice sheets in the Northern Hemisphere throughout the Pleistocene ice ages. The dataset will aid research on the spreading and distribution of animal and plant species, palaeoclimate, and landscape and sea level evolution.

Patterned ground in mountainous areas has a high paleogeographic significance as it is associated with cold environments and frequently even with permafrost conditions. Most of patterned ground (i.e. sorted polygons, sorted nets, sorted stripes) in the High Sudetes is overgrown by vegetation and is presently inactive. However, deflation summit areas with low snow cover allow the activity of sorted circles, earth and peat hummocks, and some non-sorted stripes. The extent of patterned ground above the alpine timberline in the High Sudetes is based on detailed field geomorphologic mapping. Patterned ground occurs on summit planation surfaces and their surrounding gently-inclined slopes, and covers the total of 523.3 ha. Sorted polygons are the highest-elevated patterned-ground type. Spatial distribution of patterned ground is shown in the map, which could be helpful for future research of the Quaternary geomorphologic evolution of the mountain landscape and for nature protection planning in the High Sudetes.

The paper comments and discusses the article by Stan et al. (2017), which was published in the special issue of the Geomorphology "Permafrost and periglacial research from coasts to mountains". The internal structure of two periglacial blockfields on the Ztracené kameny site, Eastern High Sudetes, Czech Republic, has been investigated using the electrical resistivity tomography and seismic refraction tomography. We believe that in reality no permafrost occurs on the site and we provide alternate, non-permafrost, interpretations of the geophysical measurements by Stan et al. (2017) that are underpinned by other evidences, such as climate and topographic attributes of the blockfields, permafrost-disqualifying ground thermal regimes on the places of the alleged "permafrost" spots and in nearby blockfields, and common characteristics of mid-latitude, low-altitude permafrost locations from elsewhere. Maximum resistivity and P-wave velocity values should be attributed to the presence of high-resistivity quartzites and loose debris with air-filled voids, which produce geophysical images mimicking the permafrost conditions.

This study focused on estimating the stomatal conductance using the measured sap flow at a beech stand, newly formed in the area of bark beetle outbreak in Šumava Mts. (the Czech Republic).
The transpiration of beech (Fagus sylvatica) was measured using the sap flow equipment from the middle of the vegetative period to the beginning of the deciduous period, covering 100 days, and the measurements were used to infer the stomatal conductance. The results show that the stomatal conductance inferred from sap flow reached the highest at midday but, on some days, there was a significant drop at midday, which might be attributed to the limits of the hydraulic potential of leaves (trees). The findings highlighted that the parametrization of stress functions based on the typical deciduous forest does not perfectly represent the measured stomatal response of beech. Therefore, measurements of sap flow can assist in better understanding transpiration in newly formed beech stands after bark beetle outbreaks in Central Europe.

Precipitation extremes always have an area-related effect, emphasizing the need for a spatial assessment of extreme precipitation events that sometimes show similar behaviour in precipitation patterns due to recurring synoptic features. Our study investigates spatial patterns in the extreme precipitation events (EPEs) that occurred in central Europe between 1961 and 2013. As many as 53 maximum events were selected by the weather extremity index (WEI), reflecting simultaneously the spatial extent and the return periods of t day precipitation totals within an event-adjusted study area. A correlation analysis demonstrated that heavy precipitation occurs simultaneously not only in neighbouring subcatchments but also in rather distant regions with similar orientations of mountain ranges. In contrast, strong negative correlations appeared between several subcatchments in the Oder and Rhine River basins, which exclude heavy precipitation from occurring simultaneously in both basins.

In the last 50 years the Adygine glacier has been subject to relatively fast recession comparable to other glaciers in Tien Shan. As a consequence, a three-level cascade of glacial lakes formed, two of which were categorised as having medium outburst susceptibility. By 2050, the glacier is expected to have shrunk to 56–73 % of its 2012 extent. Further development of the site will result in formation of new lakes and probably also increase of outburst susceptibility due to permafrost degradation.

In this paper, we determine areal and surface elevation changes of two small ice caps on James Ross Island since 1979. We estimate ice thickness along ICESat tracks using the GPR and we approximate the time of ice decay based on the thickness data and observed lowering rates. The observed changes indicate that the investigated ice caps are out of equilibrium with the current climate. If a continuation of the 1979–2018 surface lowering trend is assumed, a larger ice cap will decay over the next decades to centuries.

Glacial lake outburst floods occurred frequently during the last deglaciation of the North American Ice Sheet Complex. The landscapes of the Interior Plains are dotted with large spillways, however, these landforms have thus far mostly been used for reconstructing the gradual ice retreat rather than single flood events. In our paper we use geomorphic and sedimentary evidence combined with hydraulic modelling to reconstruct a drainage of ice-dammed glacial Lake Algar in north-central Alberta. Our main finding is a sediment bulking of the flood flow leading to a discharge increase in the downstream portion of the carved spillway.

The peopling of the Americas at the end of the Pleistocene has been studied and debated for over 100 years. To map out where this research topic stands and to summarise the state of the art for the broader research community, Michael Waters, Ted Goebel, and Kelly Graf organised a special issue of the SAA Archaeological Record, published by the Society for American Archaeology. We contribute to this special issue with a paper on the availability and viability of the two main discussed migration routes; the Pacific coastal route and the ice free corridor route. We summarise the available information on the deglaciation of the North American ice sheets and the associated palaeoenvironmental conditions to conclude that if the first peoples did indeed traverse from Beringia to continental North America by about 15,000-14,500 cal yr BP, as indicated by the existing archaeological data south of the ice sheets, then the evidence favours the Pacific coastal route as the one to have been taken (see Froese et al., pp. 27-33).

This study examines the potential and limits of the unmanned aerial vehicles (UAVs) applicability for the monitoring of stream restoration in an urban environment. UAV imaging was used for long-term post-restoration monitoring of an urban stream. The recurrent imaging campaigns in the restored segment of Hostavicky brook in Prague, The Czech Republic, were undertaken for three years since the restoration. The UAV monitoring revealed that the new stream pattern substantially differs from the proposed restoration plan. Despite this, the new channel has proved stability, supported by intense grassing of the floodplain, resulting in only marginal evolution of the restored channel. The new channel proved the ability to mitigate the course of a significant flood event without significant flood spills outside the riparian zone. The UAV monitoring also revealed intense eutrophication in newly created shallow ponds with insufficient drainage.

This study examines the potential and limits of the unmanned aerial vehicles (UAVs) applicability for the monitoring of stream restoration in an urban environment. UAV imaging was used for long-term post-restoration monitoring of an urban stream. The recurrent imaging campaigns in the restored segment of Hostavicky brook in Prague, The Czech Republic, were undertaken for three years since the restoration. The UAV monitoring revealed that the new stream pattern substantially differs from the proposed restoration plan. Despite this, the new channel has proved stability, supported by intense grassing of the floodplain, resulting in only marginal evolution of the restored channel. The new channel proved the ability to mitigate the course of a significant flood event without significant flood spills outside the riparian zone. The UAV monitoring also revealed intense eutrophication in newly created shallow ponds with insufficient drainage. 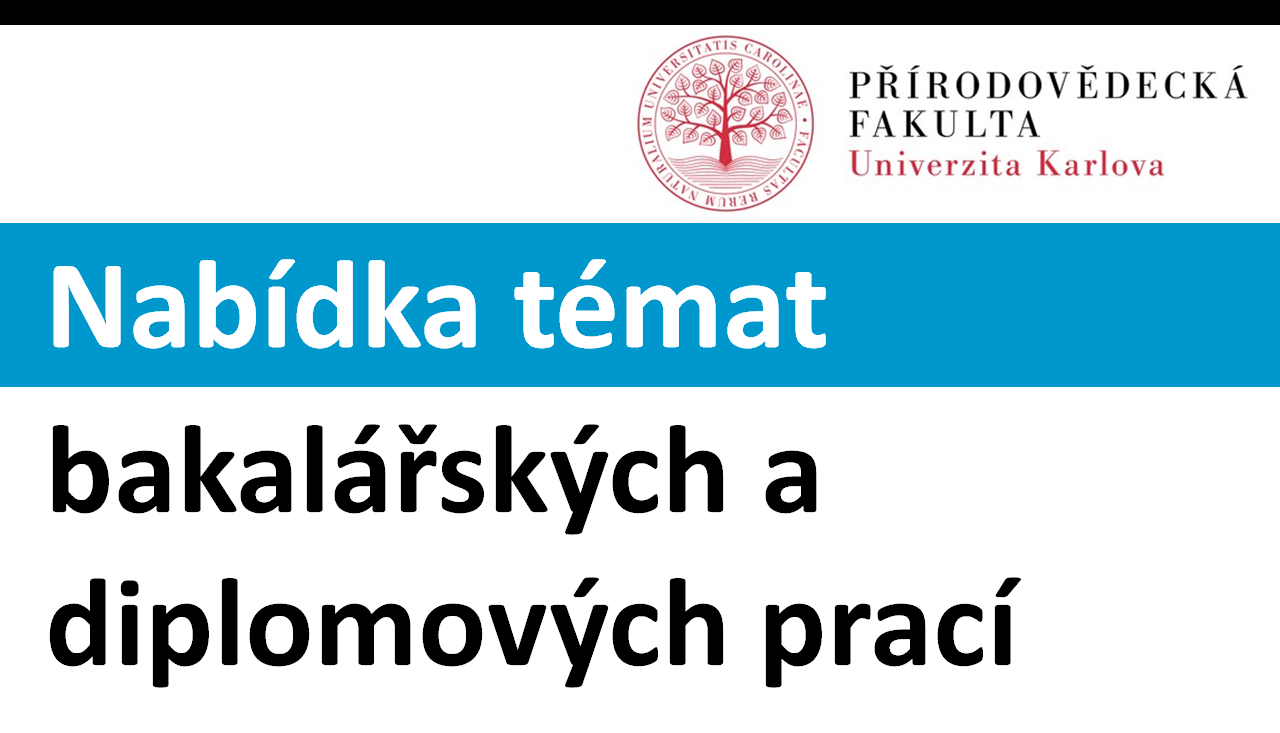