This project aims to reconstruct land cover during the past 200 years in model areas of Central Europe in order to test the landscape reconstruction algorithm (LRA) with high-resolution historical data. After successfully tested and parameterized, the LRA can reconstruct the key stages of postglacial landscape and vegetation development with higher significance, and thus circumvent biases created by the direct interpretation of palynological records. We will collect high-resolution palynological data for model areas for the past 200 years, estimate vegetation cover with the LRA and compare this with historical records. To enhance estimations, we will study pollen productivity for important regional plant taxa. We will then apply the LRA on key stages of the Holocene to address questions concerning fluctuations of forest/open land ratio, human induced disturbance and ecosystem diversity changes. Results can improve our understanding of climate/vegetation interactions and human responses in the past as well as our ability to predict the functioning of future ecosystems. 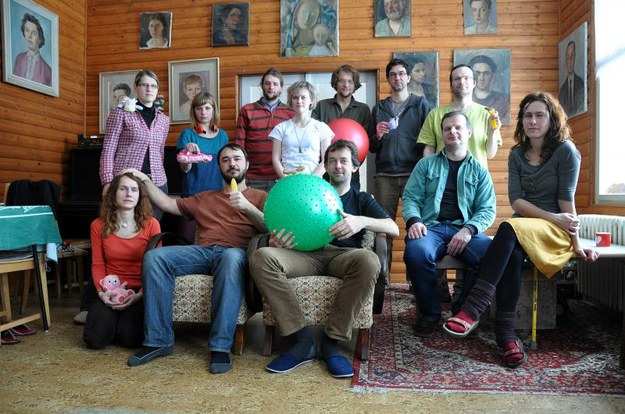 The project focused on two main tasks: (1) development and testing the Landscape reconstruction algorithm (LRA) in present-day environment and using the historical information in the time windows of the last 200 years and (2) quantitative vegetation reconstruction during the postglacial in Central Europe.

To achieve that, several datasets had to be first collected and analysed, which from the major part followed the proposed plan.

The first area concerns data to be used for experimental calculations of relative pollen productivity estimates (PPE). Pollen assemblages from 19 forest and 20 non-forest plots in Bílé Karpaty resulted in a high diversity of more than 120 pollen types (more than 20 000 pollen identified). These have been linked to plant species found during vegetation mapping, which employed phytosociological approach producing about 955 vegetation relevés recording 531 plant taxa. The vegetation data collected in grassland plots were used to study extreme species richness of these communities published in Paper 2. Results are important for understanding species richness of the postglacial vegetation, emphasize importance of its long-term continuity and suggest crucial factors for future conservation management. Exploring both collected vegetation and pollen data we were able to identify about 15 pollen/plant types that were suitable for calculating PPEs. These include the most frequent types in the whole dataset (e.g., Acer, Carpinus, Corylus, Fagus, Fraxinus, Tilia, Poaceae, Chenopodiaceae, Anthemis type, Rubiaceae). Final calculations of the PPEs using the ERV model within the relevant source area of pollen were made using additional vegetation data up to 2 km from each site.

Additional vegetation survey at long-term pollen monitoring sites in Krkonoše (NE Bohemia) allowed us to calculate absolute PPE for important mountain taxa (e.g., Calluna vulgaris, Rumex, Picea, Empetrum), which will improve Holocene reconstructions. Additional data for the PPEs of tree species in Křivoklátsko region were acquired by a student's master thesis. All above mentioned results were compared within a broader European perspective showing their regional variation, and therefore proved to be essential for quantitative vegetation reconstruction in Central Europe.

Test of the LRA

All pollen data available in public databases and publications allowed us to run the first test of the LRA, the REVEALS model, which we conducted with the help of collaborating international specialists. The effort resulted in the first publication (Paper 1), which tests effects of different setting of the REVEALS model and use of different pollen sites on the final results. We found that the model is a very robust tool to reconstruct the past regional vegetation allowing us its use on specific type of data available in the Czech Republic. Another test of the REVEALS model was necessary to check whether model input parameters (PPE, wind speed, basin size) can realistically portrait present-day vegetation. The test lead us to adjust the parameters previously published in other regions (increase wind speed and adjust PPE of some taxa) (Paper 3). This test allowed us to safely apply these modified parameters to reconstruct the regional vegetation in the Holocene. The project also contributed to a theoretical debate on the use of pollen data for vegetation science, in particular advances in quantitative vegetation reconstruction were presented in a forum paper (Paper 4) together with international specialists.

Data collected on actual and historical vegetation covering the last 200 years in two study regions served for testing the LRA performance over this period. Altogether at 20 sites both palynological information and actual or historical landcover data were obtained to provide local vegetation estimates for further comparison and model testing. We created land-cover maps in GIS, which enabled us to calculate vegetation abundances in selected areas 2 km around pollen sites to be tested with pollen-based inferred land cover. During the last year we performed local vegetation reconstructions within the relevant source area of pollen for historical time windows (AD 1850, 1920 and present) and compared land-cover estimates to those derived from historical data. This allowed us to test the model performance and fine-tune its parameters if necessary. Results will be used in further publication.

Quantitative vegetation reconstruction of the past contributed first with a semiquantitative analysis of the vegetation during the last glacial maximum in Central Europe, which forms a baseline for postglacial vegetation development. We explored occurrence of vegetation types during this period by matching them with analogous modern vegetation in Siberia (Paper 5). Modern analogue technique is probably the only option to reconstruct such a vegetation. A thorough quantitative approach is not possible due to a lack of data and completely different climate. Further, the REVEALS model was applied in 9 selected regions for 500-years intervals in the Holocene. Main vegetation patterns were identified using abundance estimates for 17 pollen-equivalent taxa, which uncovered surprising features such as a dominant role of spruce during major part of the Holocene or persistence of open habitats in the lowlands. Results allow to identify naturalness of present-day vegetation and its origin in historical stages (Paper 7 – submitted). Further, we explored reconstructed vegetation in a selected region in S Moravia together with estimates of human activity and climate. Results revealed persistence of grassland vegetation and explain its origin in Paper 6.

Local vegetation was reconstructed for the Holocene stages with the LOVE model in Dúbrava forest in S Moravia. Results enabled to estimate stand-scale vegetation composition within ca. 600 m around the pollen site and uncovered abrupt shifts in forest's composition caused by climate change and human impact. Results were already presented at international meetings and are ready for publication.

During all the years we presented results from the project in numerous international meetings and conferences. As a significant achievement we consider organizing of the 9th International Meeting of the Pollen Monitoring Programme in Prague. This conference focused on important topics of our project including estimates of pollen productivity and quantitative landcover reconstructions from different regions and gathered 51 participants from 17 countries. Problematics relevant to our project was discussed with leading scientists in the field during this meeting.

To conclude, the project successfully achieved all its aims. It estimated pollen productivities for major taxa in the study region, performed the testing of the LRA using present day and historical periods and it provided quantitative vegetation reconstruction for the key stages of the Holocene.

Leadership of the department

Department of Botany of the Faculty of Science, Charles University