This is a non-exhaustive list of the key research lines my group is at present involved in. 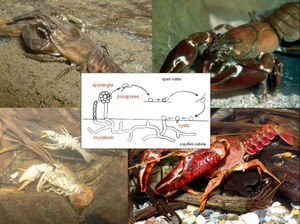 Freshwater crayfish are important component of trophic networks of inland waters in many biogeographical regions, and subject to substantial economic interest. Species native to Europe are, however, threatened by various factors, among which spread of a lethal disease, crayfish plague, is prominent. This is associated with invasions of North American crayfish species, original hosts of the crayfish plague pathogen Aphanomyces astaci. Our research employs a range of molecular methods (from qPCR-based pathogen detection in crayfish mass mortalities to analyses of environmental DNA) to extend knowledge on distribution and spread of the pathogen and its vectors, pathogen diversity, association and interactions of its specific strains with specific carriers, etc. Furthermore, we study genetic variation, ecology and distribution of both invasive and native crayfish. We hope the acquired knowledge will also contribute to more efficient conservation of native crayfish species. We collaborate with relevant research groups at Czech institutions and with many foreign ones including, e.g., Germany, Norway, Finland, France, Italy, or USA. 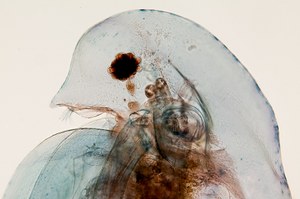 The water flea Daphnia has become a widely used model organisms in aquatic ecology, evolutionary biology, ecotoxicology, and even biomedical research. Daphnia are a keystone taxon in zooplankton of many temperate standing waters, forms a link between phytoplankton and fish in trophic networks of lakes, but also dominate in temporary fishless habitats. We are interested in daphnid species diversity and systematics (particularly in the Western Palaearctic), in Daphnia interspecific hybridization and its impact on populations from central European habitats (reservoirs and lakes), as well as in ecological and microevolutionary interactions (predator-prey, host-parasite). Our research ranges from discovering new species, characterizing inducible antipredator defences to screening for Daphnia parasites and their diversity. We collaborate with a wide range of cladocerologists (water flea experts) across the globe, from Germany to China... 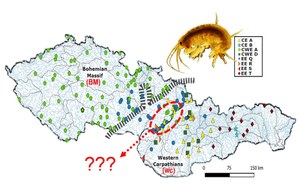 Gammarid amphipods are ubiquitous crustaceans in Old World streams and rivers, as well as many lakes. Recent molecular studies have revealed an enormous cryptic diversity in many presumably widespread taxa of the genus. In our research we have focused in the region of the Carpathian Arc, and discovered numerous divergent lineages not only in the southern parts of this mountain range but also in the Western Carpathians, on the territory of Czechia and Slovakia. Available evidence suggests that they have mostly diverged in the Miocene, and survived in situ in the mountain valleys throughout all Pleistocene glaciations. We have confirmed these lineages often occur in mixed populations. Considering that they seem ecologically very similar, we are interested how they interact in syntopy, whether this coexistence is stable in time, and what mechanisms allow it. We focus, among other topics, on microhabitat preferences of the lineages, potential sexual interference, and their parasite diversity. Our main model habitats include small streams in the westernmost part of the Carpathians (in eastern Czechia) and calcareous spring fens. Main groups we collaborate with in the amphipod research are in Germany, Lithuania and Poland. 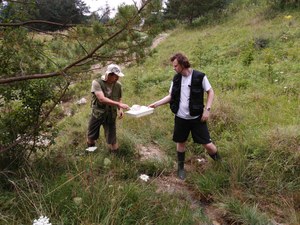 Permanent freshwater macrofauna, including gammarid amphipods, can serve as an excellent model for studying how historical geomorphological events shaped biodiversity and spatial distribution of biota. The considerably higher diversity of cryptic lineages of Gammarus fossarum in the Western Carpathians in comparison with the more westerly located Bohemian Massif led us to propose the hypothesis that the former area served as glacial refugium that allowed the survival of ancient lineages until today. We further test this idea by assessing the aquatic invertebrate diversity at the whole-community level. Specifically, using the community metabarcoding, we study macrozoobenthos communities of calcareous spring fens, all located in the region of presumed Western Carpathian glacial refugium, to assess the extent of cryptic diversity. The ultimate aim is to compare these with communities from ecologically similar habitats in the Bohemian Massif. The project is in close collaboration with groups of Michal Horsák at the Masaryk University in Brno (Czechia) and Florian Leese at the University of Duisburg-Essen (Germany).