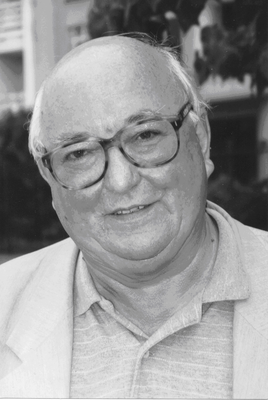 Zdeněk Johan (1935-2016) was a world-known mineralogist and external foreign teacher at the Institute of Geochemistry, Mineralogy and Mineral Resources (IGMMR), Charles University. He was born on November 18, 1935 in Lomnice nad Popelkou in the north of the Czech Republic (formerly Czechoslovakia). He studied mineralogy at Charles University in Prague (1953-1958) and in 1961 he defended his PhD thesis on the mineralogy of the binary Cu-As system. He was persecuted by the communist regime, and decided to emigrate in France in 1969, where he became a research officer and later Scientifi Director of the French Geological Survey (Bureau de Recherches Géologiques et Minières, BRGM). He also served as Director of the Centre de recherches sur la synthèse et la chimie des minéraux of the Centre National de Recherche Scientifique (CNRS) in Orléans. He described a number of new minerals. Zdeněk Johan had received a number of honours (medals, doctorates honiros causa) for his achievements in mineralogy and geology. In 1990 he was elected a corresponding member of the French Academy of Science, and was decorated by two French national orders: Chevalier de l’Ordre national de mérite (1986) and Officier des Palmes Académiques (1993).

The Zdenek Johan Award is delivered by the Institute of Geochemistry, Mineralogy and Mineral Resources to acknowledge the best publication output in geochemistry, mineralogy or mineral resources geology with emphasis on the quality and originality of the research and the ranking of journal, where the study has been published. The Award laureates are selected from the Institute members and students. The Award is associated with financial reward.