In the edition of Monumenta Cartographica Bohemiae, a collective monograph is currently published, dedicated to the life and work of Pavel Aretin of Ehrenfeld, whose map of the Kingdom of Bohemia was printed for the first time in 1619. 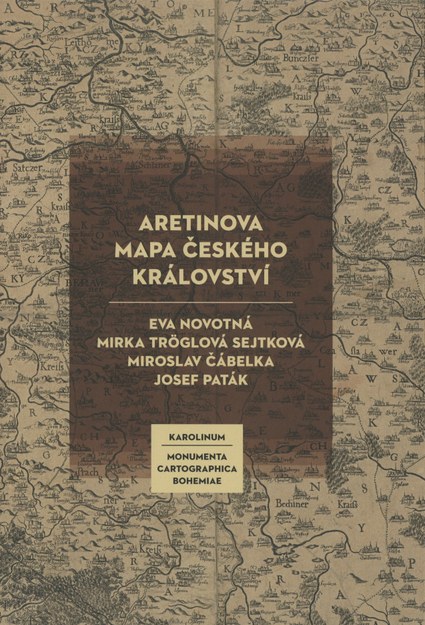 The collective monograph with rich pictorial and map accompaniment acquaints with the life and work of the post-White Mountain exile Pavel Aretin of Ehrenfeld, whose map New and Exact Description of the Kingdom of Bohemia was published in four editions (1619, 1632, 1665, before 1747) and influenced other cartographic production. The map scale of 1: 504,000 was already more detailed than its predecessors. Aretin also described over 1,200 settlements. Unfortunately, due to the wartime use of the map, very few copies have been preserved. Content and cartometric analysis were performed on the maps. Unique sister maps by W. P. Zimmermann (1619) and E. Sadinger (1620) are also presented. For the first time, the authors identify and compare toponyms from the registers of all editions that have been collected. The topographic tables with 9,600 historical toponyms of the Czech lands are unique, supplemented by the identification of the current geographical name. This created a valuable collection for understanding the cartographic, settlement and economic development of Bohemia in the 17th century.

The traveling exhibition Pavel Aretin from Ehrenfeld can be booked and borrowed in the Geographical Library of the Faculty of Science, Charles University at: martina.musilova@natur.cuni.cz.