Winning the “Book of the Year” award in one of Europe’s largest countries is without a doubt a huge success, and not just for the author but also for Czech culture at large. When something like that happens again, it means that the country is, in a sense, obsessed with the author. This is exactly what is currently happening with Stanislav Komárek, an original scientist, essayist and writer and the Ukraine. Following “Man as an Evolutionary Innovation?”, his book “Europe at the Crossroads” has won the Book of the Year Award in the Sofiya category (Philosophy, Anthropology, Psychology). This was a good reason to speak to the author in person. That is, as much ‘in person’ as the present times allow. 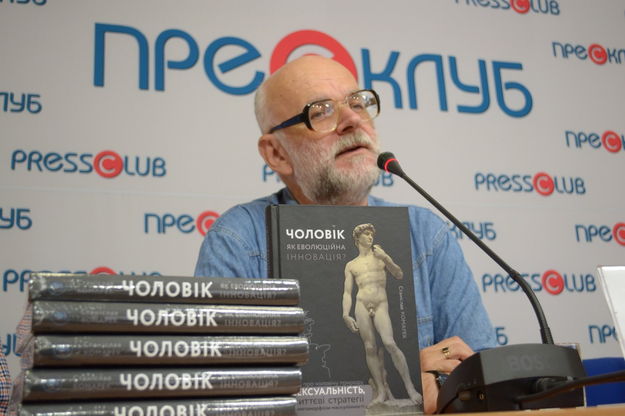 Stanislav, your name has been well-known among Czech writers for almost 30 years now, at least for those Czechs who have recently happened to come to a bookstore, read newspapers and magazines (at least their more ‘intellectual’ sections for some time), or browse selected websites. You have gradually progressed from purely scientific treatises towards commenting on societal developments. Where does the urge to transcend a quite narrowly specialised world of biology - and tap areas outside the scope of a faculty or university - come from?

I am a zoologist by profession and, over time, I came to the understanding that people are ultimately the most interesting animal species, even though they are also the trickiest and most dangerous. The ethology of ants or chimpanzees is interesting to non-specialists primarily for its analogies with human behaviour, like fables used to be, in a way. So, Mr John Smith will read an article on the latest scientific discoveries in a Sunday newspaper supplement and exclaim in elation, “Look Mary, even ant heaps have individuals who don’t work and just sponge on others…”

With that said, I have always enjoyed writing – essays in school, poems during puberty, and essays again after I had turned thirty. Literature is a later and fixed form of former storytelling and preaching.”

If you were to pinpoint the three most important points of your lifelong literary career, which ones would they be?

“Leaving alone the very beginning (the first essay, 1988’s ‘Biology and Bureaucracy/Biologie und Bürokratie’ – I was writing in German at the time; and my first book, ‘A Hundred Essays on Nature and Society’, 1995), they would be the Tom Stoppard Prize for essays (in 2006), my change to the Academia publishing house (in 2007), which I would like to thank for their generous support (they have been publishing my own book series since 2012); and my double Ukrainian ‘breakthrough’ in 2020 and 2021.”

Your literary portfolio included commentaries for a long time; actually, as presented by you, they were more like shooting down common phenomena in society from the position of a well-armed and very precise gunman. Some time ago, though, you announced the end of your career as a commentary writer. Why was that?

“There were two principal reasons – first, I gave the end of my journalist activities to myself as a gift for my 60th birthday, because your life programme at old age is different from when you’re young, and second, the world was quite stationary at the time – the problems tended to be the same all the time, society was beginning to polarise unpleasantly and genuine discussion had stalled. Those who want to read my farewell to readers and the reasons behind it in full can do so in my book, ‘Zápisky z pozdní doby/Notes from a Late Era’. Today, there is a lot to write about again (we are assisting the biggest global sociological experiment in history), but the atmosphere in society got so tense during the past year that, most of all, it resembles the first year of World War I – we are basically witnessing the decay of the West as we knew it, and that definitely does not help the development of journalism (that would be the topic for a different interview, though). This is why I would like to write a book about the entire phenomenon one day, if it can be done at all.”

Your texts used to grace many periodicals, in particular because they are written with your typical sense of humour while they often deal with serious matters. How would you describe your relationship with humour? How important is it for your writing?

“I believe that humour is typical of humans, and I openly fear people who are dead serious because, over time, the ‘dead’ part tends to prevail. Sense of humour is also lost with certain mental disorders. You can see traces of it in apes and some birds, and in very young children too, but ground beetles and moles are completely humourless. Its essence is much more difficult to capture than it is to be humorous in life (my great Austrian fellow countryman Freud attempted this, among others). For my part, I believe I would keep joking even while walking to the gallows, though I firmly hope that nobody will verify this experimentally – I mean, all you have to do is wait… I consider humour a way of grasping and understanding the world, like a metaphor; I really value humour in this function.”

Your books have long been translated into various languages. What languages have been they translated to, and what is choosing a translation like?

“In addition to the English versions of some of my scientific books (Mimicry, Aposematism, and Related Phenomena, and Nature and Culture) released in Munich, my novels have been most in-demand; ‘The Little Black House’ was published in German twice, in Polish once and in Arabic once (in Syria, during the civil war in 2012); ‘The Opšlstis Foundation’ was published in German and an Arabic version is being prepared in Egypt along with Mandarins. In addition to both Ukrainian editions mentioned above, they are currently translating ‘Body, Soul, and Their Salvation: Chapters on Power, Emotion and Psychosomatics’ in Ukraine, and it should hopefully be published next year. The history of each translation is different, and the translator’s personality, interests and preferences play an important role – translating is not a way to get rich anywhere; it’s more like something you do as a hobby. 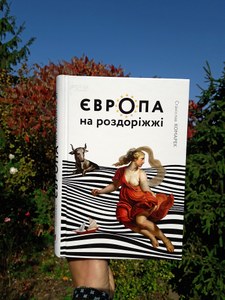 was Komárek’s literary ‘crusade’ in Ukraine like specifically? Did you have to push a lot, or was it smooth sailing?

“It all went unusually smoothly – ‘along the grain’, so to speak; Olena Krushynska, who translated both books, really loved them and did a lot to promote them. I have to admit that attending the book fair in Kyiv’s Arsenal in May 2019 was a great experience; I was greeted by an atmosphere of enthusiasm for book culture that used to be common here in the 1990s – the national ‘spring’ eras can occur at quite different points in time for different nations…”

Are there any other countries east of this one where they are so unusually interested in your work?

“Notably, Ukraine and both aforementioned Arabic countries are located at almost the same terrestrial longitude – between 24 and 36 degrees east. Can the centre of ‘Komárkism’ be shifting eastward from Central Europe? It would be nice to imagine some sort of ‘secondary adaptive radiation’ occurring there... At one point, it looked like they would be interested even farther east – Caravan, a publishing house in Beijing was seriously interested in ‘Man as an Evolutionary Innovation’; I even held a long discussion with their delegation, but the publication will likely not materialise eventually. Considering the fact that almost 700,000,000 men live in China, if just one-hundredth of them bought a copy each, I would be filthy rich :-) (writing books is anything but lucrative otherwise).”

“I think the reason is the local explosion of enthusiasm for culture, which is occurring at a later point in time than it did in our country. Since I’m a typical ‘child of the 1990s’ and share that era’s enthusiasm for book culture, I guess I happen to cater to their tastes. Let’s not forget that the relationship to books is getting looser in the West and in our country too, with people basically quitting reading books, at least the majority of the population aged under thirty. Strangely, people sort of return to spoken word in the form of various videos, podcasts and what-not-casts, but Tolstoy and War and Peace these days? Forget about it… Maybe a blog or a column is what people would read. I don’t fear that books will stop being published, but writing them will turn into a lost art, not unlike doing bobbin lacework. It’s been quite strange development, after almost 700 years of book culture in print and about 1,300 years in handwriting. Who cares about magnificent dragons with shiny armour or perhaps colourful feathers anymore…? All things in history must come to an end. Even old fogeys can see that, in a video era, it is technologically easier to play a porn film than read a thick tome with Julius Zeyer’s rendition of the story of the true friendship between Amis and Amiloun.”

Do you perceive any substantial difference between the reception of your books to the east and to the west of our nation? If so, what are the main differences?

“I’ll give you one example instead of many – personally, I think that my novel ‘The Opšlstis Foundation’ is predominantly about the nature of human destiny (or is that Destiny?), and most Czechs understand it that way too. After it was published in Germany, more than twenty reviews came out, and most of them were very positive – yet most of them were also written along the lines of: “Czechs have always been funsters and used their typical humour to hedge themselves from all usurpers – just remember Hašek’s Švejk. This tradition finds its continuation today in Komárek’s book… It will give you, the readers, a lot of good laughs.” Around the turn of the millennium, it still held true that a typical Indian novel was about finding something for supper, a typical Czech novel was about enduring difficult times and a typical Swiss novel was about building one’s own identity. Different societies address quite different issues in literature.”

One last question. I always enjoyed reading your fiction books. Is there any book left that still provokes you to write it?

“There are quite a few, and one is actually half finished now – a biographical novel about Bohuslav Balbín. It has to have its share of fiction, so that it’s not all about his squabbling with both clerical and worldly authorities, the evidence of which survives in various archives, but the fiction has to be ‘grafted’ to a believable mass of detail about the 17th century, so the book is taking a lot of work, quite like building a (Baroque) church. Heavens permitting, Academia could release it in about two years or so.”

Note: The interviewer and Professor Komárek have known each well and for a long time, so the interview took place on first-name terms.