How do birds respond to global climate change?

The global climate change affects biosphere at a speed that is remarkable in that it is basically close to ordinary human experience. The trends that reflect in atmospheric processes are also apparent in the biodiversity. Science magazine recently published the results of an extensive study based on long-term data on the abundance of common bird species. We talked with doc. Jiří Reif of the FoS Institute for Environmental Studies about the history of the (Science) article and about his role in the project.

First of all, let me congratulate you on the article in this prestigious magazine that you have co-authored together with a number of other experts from various international and Czech-based institutions. The article summarises trends that drive changes in the populations of common bird species across Europe and North America, and the key element of the aforesaid study is data collected over the long-term.

That's correct, the Czech Republic (and former Czechoslovakia) has a long-term survey to census breeding populations of common bird species, the Breeding Bird Monitoring Programme (JPSP). This programme follows up similar census projects that started in Europe (UK, Finland, Sweden) in the 1960s and 1970s and that inspired Jiří Janda and Karel Šťastný to launch a national bird census project in Czechoslovakia in 1981. Basically, the motivation behind this project is very simple: if we want to know what happens with bird populations and what changes in their environmental conditions they respond to, we need to quantify relative changes in the size of such populations. The census methodology was unified during the first year of the project - we use 1982 as a starting year for data analysis .

What is the data collection method all about?

I should point out that the number of people involved in this bird census project is nearly one hundred - mostly volunteers from the Czech Society for Ornithology, the organisation that coordinates the programme. The Chief Coordinator is Zdeněk Vermouzek, other coordinators include Petr Voříšek, Tomáš Telenský, Karel Šťastný and me. This project would not be possible without such a large number of people taking part - in fact this is a lovely example of what we call "citizen science". Putting in the same degree of effort every year, each colleague in each location counts birds at twenty census points (circles of 100m radius, in fact) - each counting session takes five minutes at each point. The census points are located throughout the country (scattered more or less evenly), and the researchers go twice to each of them during the breeding season. Let me stress that the census is done during the breeding season, because that is really important in terms of estimating the bird population sizes - the birds' vocal activity during the breeding season facilitates their detection and therefore also makes it possible to estimate the number of individuals. That is why our census methodology does not involve species that do not breed in this region, species that are active in different periods of the year and species that are too rare to be captured using this method. Can you describe your role in this project?

I joined the project in 2004 to act as Chief Coordinator, which I did until 2007. When Zdeněk Vermouzek, the current ČSO Director, took over this role, I moved my focus onto the "scientific side” of the project, i.e. analysing data and writing articles.

What is the link between the Czech data and the international context?

The link, at least in the European context, is the European Bird Census Council (EBCC). One of its branch offices, the Pan-European Common Bird Monitoring Scheme (PECBMS), is coordinated by Petr Voříšek who receives data from national programmes from all over Europe - this type of monitoring is done in most parts of the continent. Rather than "raw" field data, these data are transformed to take the form of so-called relative indices. These percentage-based data show how much the population of each species changes as compared to the first year of the census programme.

The latest article, Consistent response of bird populations to climate change on two continents, is based on both European and North American data, and was recently published by Science. What do you believe is behind this success?

The impact of climate change upon bird populations was intensively studied also in the past, and the number of articles based on census data on both national and European levels is therefore fairly large. What makes this study unique is that it uses data from two continents, which is a first in this field of expertise. Our parallel and methodologically integrated perspectives of these two continents seemed to be a good reason for publishing the study in this prestigious magazine.

To be able to explore the impact of climate change upon bird species, you first need to identify their climatic optima.

That can be done in many different ways. The simplest one is to look at the geographic range of a focal bird species, find its approximate centre and according to geographic location of this range centre one can infer whether that the species prefers a colder type of climate or a warmer one. This method is a bit primitive, but it does provide relevant information. We published similar studies in connection with Czech bird species in the past.

Did you use the same method for this study?

No, we did not, we used a much more advanced approach in this study. The first, fundamental task was to identify the climatic characteristics of the geographic ranges inhabited by the focal bird species. The ranges were overlapped by a grid with squares 50 × 50 m covering both continents. Then we identified a series of climatic variables in each square (temperature, cloudiness, precipitation, etc.). Using statistical-analysis tools, we quantified the relationship between the distribution of each species and the climatic variables finding the set of parametres defining a species-specific climatic optimum. Using data on climate change over time, we modelled changes in the relative abundance of particular bird species predicted solely by the changes of variables describing their climatic optima. This way we derived a parameter called "climate suitability trend" and found out that this parameter varies, as we can distinguish between two basic types. To put it simply, while warmth-loving species show a positive long-term trend, the trend for cold-loving species is negative.

What trends have been identified?

Basically, identifying the climate suitability trend for each bird species was step 2 of our analysis. Another series of analytical steps helped us find out that the species that "appreciate" the climate change because it is in line with their "living comfort requirements" (i.e. species with positive climate suitability trends) actually increase in number (in the Czech Republic e.g. Collared Dove, Blackcap, Golden Oriole, Common Nightingale), while the species with negative climatic suitability trends (in the Czech Republic e.g. Tree Pipit, Icterine Warbler, Dunnock, Bullfinch) decrease in number. In other words, we did a very robust test of the impact the climate change has on bird populations. 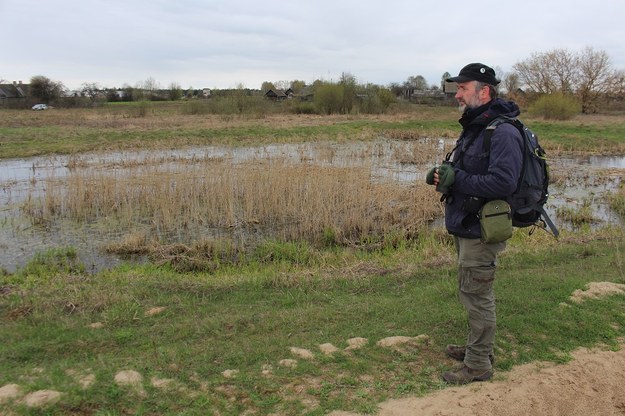 Any difference between the US and Europe?

What do you believe is the reason?

We have no explanation so far, and we do not offer any explanation in our article, either. One of the theories might be that in Europe (particularly in the western part from which we get a large quantity of data) the climate is dramatically more oceanic than that in the eastern part of the United States. And then there are some other possible factors, such as different direction of mountain ranges. One way or another, the impact of the climate change is apparent in both regions reviewed.

What exactly does this trend say about our (local) species?

Obviously, we can see strong population-change trends also in common species living in this region (Czech Republic). Besides land use changes, the climate change is the most significant driver in the relative abundance of individual bird species.

Do these conclusions provide any guidance in terms of environmental protection?

Not really, unfortunately. We cannot influence this trend dramatically with the resources that are available to environmentalists and whose focus is, typically, on local campaigns. Moreover, the most severely affected species are sensitive to both climate change and landuse changes. In this part of the world (Czech Republic) these are mainly open-landscape species, such as - Little Owl, Crested Lark, European Roller, etc.). However, this study can be seen as an impulse for helping these species cope with this problem, i.e. making it possible for them to shift their geographic ranges. Protection of biotopes supposed to get inhabited by species newly spreading from the south to the north may play a positive role in this respect.

Changes made by Radim Kacer