"Urban sprawl", the English term used to describe spontaneous expansion of human populations to suburban areas, has found a firm place also in Czech. While in the US, the country where this term was born, this phenomenon reached its climax years ago, it is still booming in a number of other regions of the world. The post-communist part of Europe has been one of such regions for the last twenty five years. Titled “Confronting Suburbanisation: Urban Decentralization in Post-Socialist Central and Eastern Europe”, the book aims to confront urban sprawl mechanisms on two levels. The first one, analytical, is typically academic. "The publishers of the edition line which our book is part of strongly insisted that all the case studies to become part of this book should be of uniform format, so one of the key role of us, the editors, was to create a uniform interpretation framework to make it possible to compare this phenomenon across Central and Eastern Europe,” explains Luděk Sýkora.

Reflected in the book title, the other confrontation level looks at actions to be taken. Are we able to learn some lessons from the history of this urban development phenomenon? And if so, what actions should become part of political decisions in order to minimise all the risks involved?

Generally, the authors highlight the massive expansion of suburbanisation in post-communist countries primarily in the context of their recent history. The key milestone was the collapse of totalitarian regimes. While the primary mechanism of the communist era was planned development designed to form a hierarchically organised system of settlement centres and make cities "denser", the early 1990s saw a dramatic change in this trend, as a result of which suburban areas are getting increasingly "diluted". The main political and economic factor to form new suburbs was massive promotion of free market mechanisms combined with decentralisation of spatial development decision-making (more responsibility to municipalities). The shapes and structures of suburban areas have been mainly determined by supply and demand mechanisms over the last twenty-five years. The situation is even more complicated in areas split up to many local administrations with a relatively high degree of autonomy. With over 200 local administrations, Prague is an undisputed No. 1 among East European cities in this respect. For the sake of comparison - the metropolitan region of Moscow that is substantially larger consists of just about eighty local administrations, similarly to Budapest and Warsaw. In addition to the economic factors, psychological and value-related factors seem to be playing an equally important role. "The middle class got wealthy enough to start moving out of city centres, and that was what triggered off the spontaneous development of suburbs. The first decade after the collapse of totalitarian regimes saw a massive outflow from densely populated city centres, but the development of new suburban areas became really dynamic as late as after the year 2000 when moving to city suburbs or outside them became a usual way of buying a new home,” says Kiril Stanilov. “The period of the worldwide financial recession that started in 2008 saw a stagnation of suburban development and then also a process of gradual urban re-concentration," adds Kirilov. The fastest-growing areas (compared with Budapest, Ljubljana, Moscow, Sophia, Tallin and Warsaw) were Prague suburbs: their population grew by 57% over 1990 – 2011! 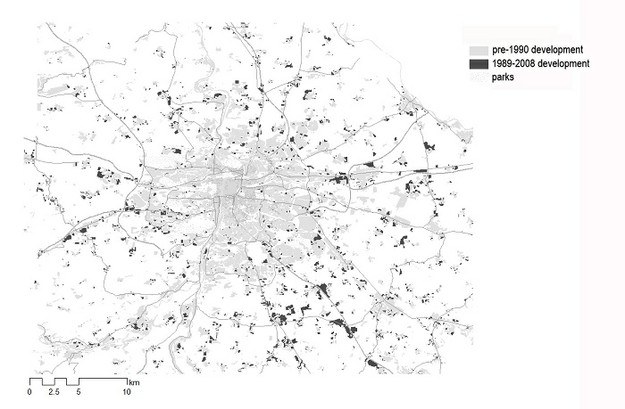 What do town planners believe are the biggest threats of this spontaneous development of suburbs? It is not low quality of life, as many might expect. “Our quality-of-life research based on questionnaire surveys shows that most people find these areas pleasant to live in,” says Kadri Leetmaa (Estonia). However, Luděk Sýkora believes that this satisfaction is just temporary, because extensive areas of stand-along houses combined with industrial structures limit people's choice, mainly in terms of transport and other services available in these areas.

New suburbs reduce the size of farming land, lead to landscape fragmentation and increase pollution levels. Further, the consumption of energies in stand-alone houses is higher than that in blocks of flats and, generally, scattered settlements are substantially more energy-consuming than compact settlement forms. Transport options are usually limited to cars, and growing prices of energies and fuels may drive some people to financial traps one day. “The inability to pay back mortgages in similar areas was what started the worldwide financial recession in 2008, and this situation may occur again, with much more devastating consequences," warns Luděk Sýkora. 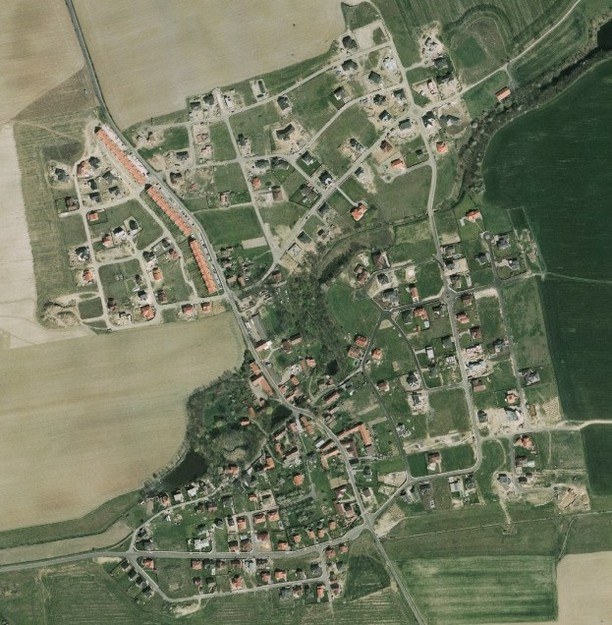 The past few years of the global economic downturn have offered a unique opportunity to review the existing forms of suburban development. “It all depends on what kind of society we want to be. Whether a society based on predatory individualism or one that discusses and responsibly considers all steps that have a major impact on our shared future," concludes professor Sýkora.

Using Slideslive you can watch the whole seminar as well as book lounch ceremony HERE.