Julius von Sachs, one of the prominent scientists in the Central Europe, the founder of botanical physiology, started his scientific career in Prague. On Tuesday of May 5th his bust was revealed in front of the Vinicna 5 building, all this under the patronage of the dean of the Faculty of science in Prague. This act started the Sachs celebration day. 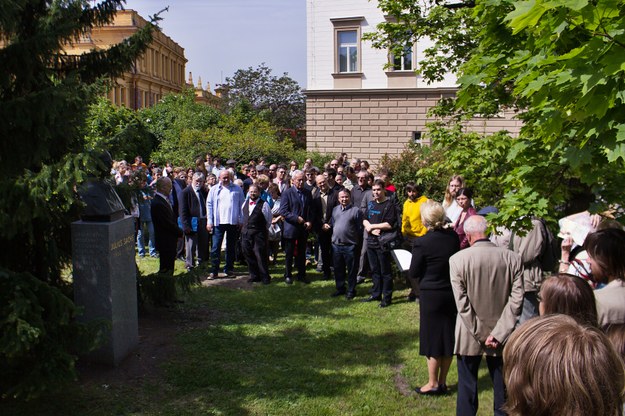 Experimental botanical biology was never basking in the sun of laic interested, despite almost no other science is as important for the development and preservation of humanity. The science never became the favourite of masses and neither did the founder, Julius Sachs (born in Wroclaw, worked in Prague). His memorial, a bust on granite pedestal, was revealed on Tuesday May 5th at 11:00 to honour his memory. The bust is located in front of the Faculty of Science building in the Vinicna Street. 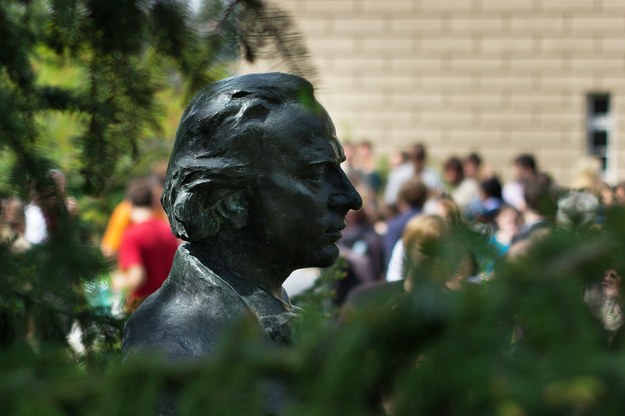 The author, Jindrich Zeithamml, is in charge of the sculpting atelier on the Academy of fine arts in Prague. The revealing of the bust was under the patronage of the faculty’s dean, professor Bohuslav Gas. “We are glad we could pay a tribute to Julius Sachs and his lifelong work,” says professor Gas. 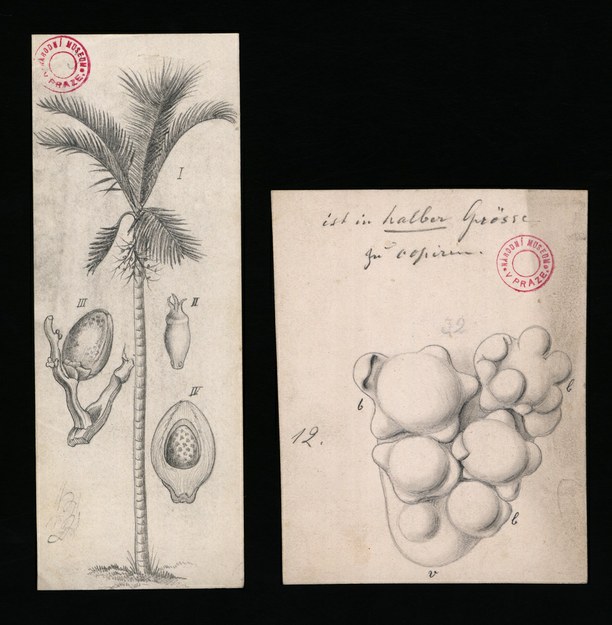 The members of the Czech experimental biology association, amongst them many experts from our faculty, will participate in the celebration of the father-founder of their science discipline. “We can be proud that such scientist of world importance started his scientific career here in Prague. That is one of the reason we want to introduce this even to people of Prague,” explain the main initiators of Sachs celebrations, docent Jan Krekule from the Institute of Experimental botany AS CR and professor Jana Albrecht from the Faculty of Science, the chairman of the Czech association of experimental botanical biology. 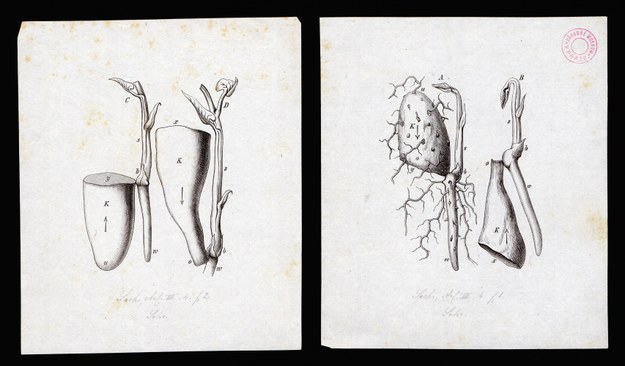 During the first Tuesday of May was Julius Sachs celebrated three times. Revealing the statue was followed by the expert colloquium “Julius Sachs, the founder of modern botanical physiology” which was held in the great hall of the New Town Town-hall, under the patronage of prorector of the Charles University doc. RNDr. Jan Konvalinka. The same day at 6:00 PM the celebrations went on with the exhibition “Julius Sachs and the beginning of botanical physiology” in the building of AS CR in Narodni 3, all this under the patronage of the AS CR chairman prof. Ing. Jiri Drahos DrSc, dr.h.c. The exhibition will be open to public from 7th to 28th of May 2014, on weekdays from 9:00AM to 7:00PM 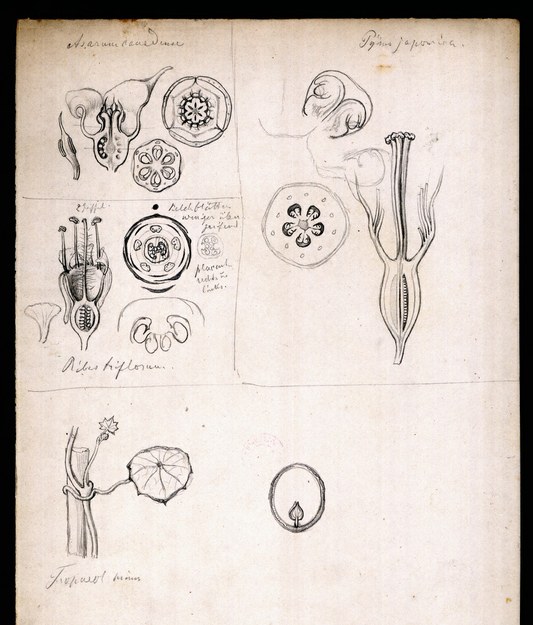 Is the story of one of the most important scientists of our university still unknown to you? Let me use the words of the main initiator of Sachs celebrations, the doyen of the Czech botanical physiology doc. Ing. Jan Krekule DrSc.:

The starting point of the life of the science today known as experimental botanical physiology is known perfectly. It was in Prague, New Town, Spalena Street. In the beginning of the winter of 1851 a German student, Julius Sachs, was invited to the Purkyne Physiological Institution. The superb Czech botanist Jan Evangelista Purkyne appreciated his drawing skills that he saw during his working in Wroclaw. He employed Sachs as a private assistant and invited him into his family.

For 100 golden coins a year Sachs created illustration boards for teaching and drew microscopic preparations. The invitation to Prague was a generous gesture. Sachs was an orphan, he was left with no income and no chance to get a stable employment. He even planned to solve his critical situation by becoming a sailor. Luckily the final solution turned out to be Prague. Sachs finished his grammar school studies after one year in Prague. After that he was accepted to Karl-Ferdinand University (former name of the Charles University) to study Science. He managed to work for the Physiology Department, to study and to prepare publications as well. Those were mainly popular-scientific articles on plants – for the Czech magazine Ziva and for German magazine Lotos. During his studies he wrote and magnificently illustrated almost thirty articles.

Sachs finished his doctoral education in 1857 and as 25 years old became a private docent in the field of botanical physiology. This was a world premiere – the first docent of newly founded field of science. Studies of plants and their structures from the physical or biochemical point of view were born in Prague. (These include also molecular-biological approaches, but they only appeared 100 years later on.)

The first steps of newly born field happened in 1857 on the table by the window in Sachs’ apartment in Myslikova Street. A random visitor could witness lines of glass vials with wide mouth with plants in them. It was the study of roots branching. The water allowed continuing observance.

The young scientist also found out the water suits the plants well, they grow, develop and in the end even bloom. This observation lead to crating the water culture for plants (hydroponics) that is still used by biologists today. From the very beginning hydroponics were used to research mineral nutrition and allowed the rational use of artificial fertilizers.

Sachs invented hydroponics and thanks to hydroponics, the scientific world discovered Sachs. In 1859 it brought him a vacancy offer in the Academy of Forestry and Agriculture in Tharant by Dresden. And in 1859 he moved from his modest private workplace in Myslikova Street into real laboratories in the close Saxony. His career rocketed and the Botanical Institute of the Wurzburg University became the Mecca of botanical physiology. Sachs alone organized the new field and his many experiments started several disciplines of physiological research.

Nine years long stay in Prague turned Julius Sachs from an apprentice into a teacher and changed the history of natural science. Let this story inspire you to meet a new field of science that has been blooming on the Faculty of Science since its birth. You can find out more on the website of Department of Experimental Plant Biology. Life of Julius Sachs in dates: