The Faculty of Science since foundation to 1989

Twenty years of the interwar era can be without restraint considered the culmination of nearly 100 years long effort of institutional grounding of Czech science. Its professional impact couldn’t be restored in the following era of repeated political turnovers eventually influencing every following generation. Before the universities were closed in 1939 – despite the adverse impact of the economic crisis in the end of the 20’s followed by the reduction of state donations –the Faculty of Science belonged with its 18 departments and 4 seminars, all the scientific outcomes and the level of its absolvents as a scientific workplace amongst the best in Europe. The science-pedagogical activity was based on system of modern equipped laboratories, collections and libraries allowing thorough preparation of absolvents and providing the possibilities of successful scientific work.

At the lead of particular departments stood the renowned scientist with plentiful experience from abroad who prepared the next generations of scientists. Many of them were also important propagators of science and also people of public life. We can name the professor of botany Bohumil Nemec (1873-1966) whose public involvement brought him in 1935 as far as to presidential candidature; mineralogist Frantisek Slavik (1876-1957); physical chemist Jaroslav Heyrovsky (1890-1967), the only awardee of the Nobel Prize from the faculty; the zoologist Julius Komarek (1892-1955); the philosopher Emanuel Radlo (1873-1942); Jindrich Matiegka (1862-1941), whose school of physical anthropology reached European prestige; the parasitologist Otto Jirovec (1907-1972); the botanist Karel Domin (1882-1953); the first Czechoslovak professor of genetics Artur Brozek (1882-1934) and his follower Karel Hruby (1910-1962); the geologist Radim Kettner (1891-1967); the geographers Vaclav Svambera (1866-1939) and Viktor Dvorsky (1882-1960), the demographer Antonin Bohac (1882-1950); the chemist Bohuslav Brauner (1855-1935) and many others.

The German occupation of Czech landings in March 1939 lead to destruction of the university education During the coordinated intervention of the occupational authority were on 17th November 1939 closed all the Czech and Moravian universities (and university libraries), some students were arrested and deported to concentration camps and the possessions were confiscated – including all collections, libraries and technical equipment. The academics were moved to different resorts, transferred to high schools, sent on so-called holidays with expectancy or retired. Many employees, students and absolvents of the Faculty of Science became the victims of the many forms of Nazi persecution in years 1939-1945. The first casualties were the docent of anthropogeography and longstanding president of Czech Statistical Office Jan Auerhan; the professor of experimental physics Vaclav Dolejsek; the docent of mineralogy Radim Novacek; the professor of of zoology Jaroslav Storkan; the professor of experimental mineralogy Frantisek Ulrich and the professor of theoretical physics Frantisek Zaviska. 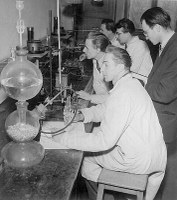 The new era of the faculty’s life began after the end of war and almost six ears long break in teaching and research. The lecture halls were filled with hundreds of learners; teachers with the significant help of students re-established the operation of departments and laboratories and rebuilt the destroyed or stolen collections. The free positions were taken by many freshly promoted professors and docents, young assistants started their scientific career. However, the life of the faculty was influenced by the political affairs that changed the fate of Czechoslovakia for long forty years. The February revolution in 1948 and the beginning of governing of the Communist party of Czechoslovakia lead to gradual submission of the whole area of science and education to the Soviet model. The ideological domination, secured by the limitless power of the security apparatus subordinated to the executive structures of the communist party, had to afflict the science as well; in the extent from the system of organization to the ideological intervention into the freedom of scientific research. It came to forced retirements of many teachers and students. Some scientists found jobs in scientific institutions of the newly created Czechoslovak academy of science; others chose the possibility of emigration.

The new laws on universities from 18th May 1950 fused the related branches and instead of present departments created institutes. In 1952 the so far united Faculty of Science was split into three: mathematical-physical, geologic-geographic and biologic; the big departments were transformed into many departments with narrower specialization. The division of the basic fields of knowledge didn’t prove itself and different reorganization took place in 1959. The faculty of biology and of geology-geography were fused with the fields of chemistry and so created the present form of the Faculty of Science. In the 60’s some modern trends in research and education were enforced and during the so-called Prague spring in 1968 the faculty public supported the democratic changes. The rehabilitation committee was established to resolve the cases of affected employees and students and, in reduced circumstances, to make good. The occupation by the forces of the Warsaw pact and the so-called normalization stopped all hopes and trends. Another set of audits began in years 1969-1971 and so did the forced retirements. The faculty kept the high standards even during the machinery of drastic political practices, mainly thanks to everyday scientific and pedagogical work of its employees. 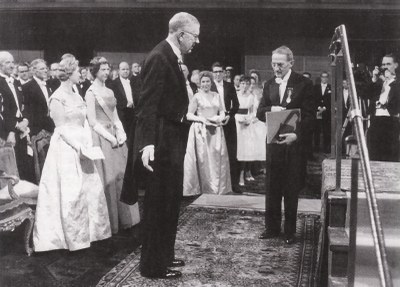