EUROPIA aims to determine the timing and facilitators of establishment of Norway spruce forests in the postglacial in central Europe and to analyse factors that affected their dynamics, such as disturbance frequency (fire, windstorms and bark beetle outbreaks), ecosystem response and recovery rate.

Norway spruce forests boast some of the last remaining old growth forests in central Europe. Increasingly threatened by disturbance, they are already considered to be at or near their ecological limit. Further, due to spruce`s high economic value, commodity forests are often beyond their natural extent. Small changes in climate or environmental conditions would add stress to this environment and may alter the existing forest structure and composition. To understand the impact of disturbance (including climate and anthropogenic impact) on forest dynamics and change of floristic diversity long-term observations are essential. Analysis of pollen, plant and insect remains, and charcoal in sediments enables the identification of the effects of past disturbance dynamics on forest response at a temporal scale extending back to the last 10,000 years. EUROPIA will explore the timing of spruce establishment with specific focus on the cause and effect on ecosystem response to disturbance dynamics to gain insight into spruce as a driver of forest species composition and environmental change. 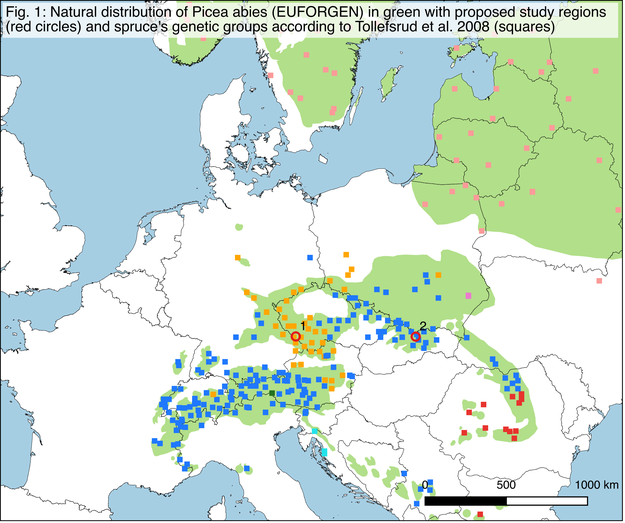 Leadership of the department

Department of Botany of the Faculty of Science, Charles University