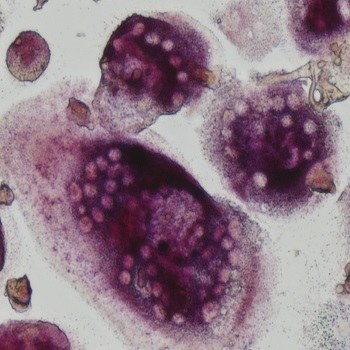 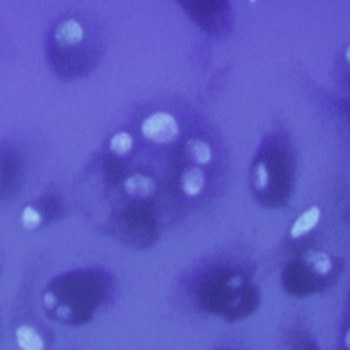 Throughout life, bone is a highly active tissue that is subject to constant remodeling. Two types of cells - osteoclasts and osteoblasts - are involved in this dynamic. Osteoclasts are multi-nuclear cells and the only known type of cells capable of resorbing bone. Osteoblasts, on the other hand, have the ability to form new bone tissue by secretion of osteoid and, at the same time, they can inhibit resorption activity of osteoclasts. A natural shift in the balance between bone neo-formation and resorption first occurs in the period from the beginning of bone development up to 28 years of age, when osteoblast activity is more intense due to bone growth/modelling. At around 50 years of age, higher osteoclast turnout takes over the balance due to hormonal changes connected to aging and also menopause in women, which ultimately results in overall bone thinning. Changes to natural bone metabolism in favor of resorption by osteoclasts both during and outside of these balance-shifted periods are the cause of excessive bone loss and the subsequent early development of osteoporosis.

In our research, we focus mainly on activity of osteoclasts that differentiate from peripheral blood mononuclear cells. It is believed that increased differentiation of osteoclasts from their precursors could be one of the causes of the high incidence of osteoporosis in some chronic inflammatory diseases. We study this connection in diseases such as rheumatoid arthritis, systemic lupus erythematosus, spondyloarthritis or coeliac disease. Second area of ​​our interest are possible mechanisms influencing individual susceptibility to increased bone loss and the development of osteoporosis. We focus on possible causes of interindividual variability in osteoclast formation and activity, especially in connection with genetic polymorphisms affecting the "setting" of immune cells and possible epigenetic mechanisms affecting bone metabolism in general.

Research is carried out in cooperation with Institute of Rheumatology and Faculty Hospital Královské Vinohrady and connects molecular and osteological problematics, both of which are studied at the Department of Anthropology and Human Genetics.

Role of Innate Immunity and Peripheral Prolactin in Immune Dysbalances

One part of our molecular anthropological research is concerned with the role of stress hormone prolactin and innate immunity in immune responses of the organism, and prolactin influence on the development of systemic and organ specific autoimmune diseases. Prolactin is a peptide hormone structurally similar to members of the hematopoietic-cytokine family and it participates in maturation and differentiation of immune cells through IRF-1 (interferon regulatory factor 1). It affects maturation of B lymphocytes and interferes with their function, promotes the production of antibodies and autoantibodies. However, PRL also stimulates T lymphocytes to proliferate and promotes synthesis of cytokines such as IL-2, thereby contributing to Th1 immune responses. Its excessive presence leads to disturbed balance, increased survival of autoreactive immune cells, and creates an environment for the development of autoimmune responses. The PRL gene consists of 6 exons and 2 promoter regions. Production of prolactin outside of hypophysis is controlled by an alternative promoter and exon 1A is therefore transcribed. In the GATA sequence of an alternative PRL promoter, a functional polymorphism of -1149 G / T, whose G allele leads to increased prolactin production in lymphocytes, was detected. It is beginning to emerge that while in severe immunopathological conditions such as sepsis and multiorgan failure, a certain level of prolactin production in monocytes is required to trigger the immune system and survival of a severe condition, when it comes to autoimmune diseases such as type 1 diabetes, LADA or coeliac disease, prolactin expressed by circulating monocytes will possibly not play a significant role in the pathogenesis or during the disease.

Glaucoma: A Molecular Immunological Study of Biomarkers from Tears

Glaucoma is a multifactorial, chronic, degenerative neuropathy of the optic nerve and one of the most common causes of blindness. It affects up to 3.54% of people aged 40 to 80. Due to the fact that the number of affected people is expected to rise to 112 million worldwide by 2040, the study of glaucoma development mechanisms, genetic and environmental risk factors, and the search for appropriate diagnostic and prognostic markers and the possibility of effective prevention became priority issue for health care. Probably the greatest risk of developing glaucoma comes with an increased intraocular pressure above 21mmHg, which is also one of its diagnostical features. Another possible risk factor is concurrent autoimmune disease.

Research topics related to glaucoma can be divided into two areas: The first focuses on the study of cytokines and proteins in the tears of glaucoma patients with regard to duration, course of the disease and a number of clinical parameters. The aim is to understand the molecular and cellular immune processes in the eye and its immediate surroundings that precede / accompany glaucoma and identify markers that can become valuable diagnostic or therapeutic tools.

The second area focuses on glaucoma with respect to its potential autoimmune background. In patients with glaucoma, the presence of serum autoantibodies is observed, as it is known that presence of autoantibodies results in loss of retinal ganglion cells resulting in glaucoma-like damage to the optic nerve on one hand, but on the other hand, some antibodies are also protective for neuroretinal cells. The aim is to contribute to the understanding of the molecular mechanisms underlying the sensitive balance between autoagressive and protective nature of autoantibodies in the pathogenesis of glaucoma.

The research is derived from a non-invasive approach (tear sampling) and uses methods of multiplex analysis of selected analytes - cytokines (BioPlex Immunoassay, Bio-Rad), proteins incl. (auto) antibodies (mass spectrometry - cooperation with the Biotechnology and Biomedical Center of the Academy of Sciences and Charles University in Vestec - BIOCEV) and, last but not least, family tree analysis together with genotyping of risk or suspected-risk DNA loci.

Last part of our research focuses on molecular genetic studies of autoimmune diseases such as rheumatoid arthritis, systemic lupus erythematosus, type 1 diabetes or psoriatic arthritis. We primarily study the differences in genetic predisposition depending on age at the time of disease manifestation.