Faculty / Biology / Department of Anthropology and Human Genetics / About Department

The Department of Anthropology and Human Genetics deals with human biological research of current and past populations. A wide range of research topics ranging from retrospective anthropology to research into the variability of today's man are solved within the department. The department is further divided into the following research laboratories:

The first two laboratories work with skeletal material and study mainly human morphological variability. The LAKT focuses on the study of functional adaptation in the skeleton, derivation of behaviour in past populations and taphonomic changes to the skeleton. At the same time, the LAKT uses the possibilities of experimental testing of biomechanical models. The L3D uses the methods of virtual anthropology and focuses on retrospective anthropology, as well as on forensic and biomedical research. Questions of craniofacial growth of the current population, including soft tissues, and postoperative development of various congenital malformations with facial malformations are addressed.

Two other workplaces deal with morphological and genetic variability of the current human population. The LBA focuses on postnatal growth and human development in connection with lifestyle changes and their reflection in morphological and functional somatic parameters. The LMA is engaged in the study of molecular genetic aspects of autoimmune and polygenic diseases. In addition, variability in the human genome and the immune response is studied in the workplace.

The department cooperates with other institutions, such as the Institute of Archaeology of CAS, the National Museum, IKEM (Institute for Clinical and Experimental Medicine), Faculty of Mathematics and Physics (Charles University), CTU (Czech Technical University in Prague), Institute of Endocrinology, which are involved in solving research problems, teaching and conducting student work.

Where to find us? 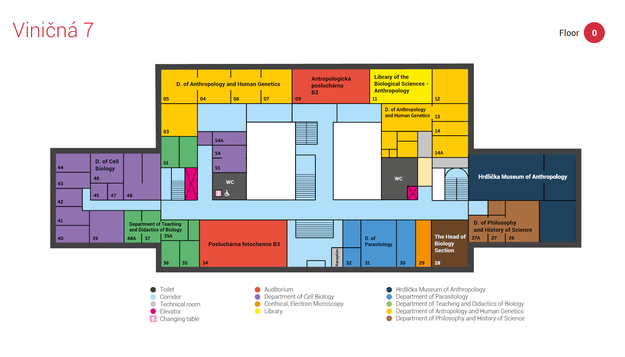 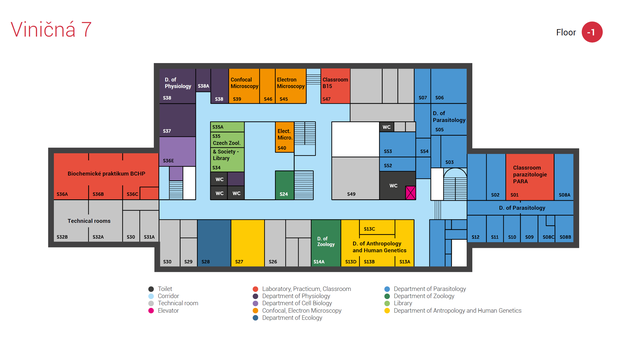