Mario Mairal, a post-doc at our Department, is giving a two-day course on Island phylogeography. 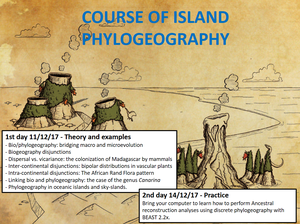 Patterns and processes that determine the origin and distribution of biodiversity have long attracted the attention of evolutionary biologist. This has been specially studied at the biogeographical level, making inter-specific inferences. However, the study of patterns and processes within genealogical lineages (intra-specific level), has been less studied. The discipline addressing these studies is phylogeography, considered a bridge between macroevolution and microevolution, thus connecting two traditionally separate fields of study: systematics and population genetics. For the study of spatio-temporal patterns that shape biodiversity islands systems are especially suitable because of their discrete geographical boundaries, providing exceptional opportunities for testing different hypotheses.

This course aims to be a brief introduction to the inference of phylogeographic patterns and processes within a framework of island biology.

The course will consist of two parts, i) a theoretical part, where the use of bio/phylogeography will be explained, showing examples of how phylogeography provides a strong background for testing evolutionary and ecological hypothesis, and ii) a second practical part where we will use empirical data to learn how to reconstruct ancestral areas, search for cradles and sources of genetic diversity (phylogeographic refuges) and infer spatio-temporal patterns within a Bayesian framework.

We will address diversity patterns that attracted the attention of biogeographers and how they were solved with the advent of bio/philogeographic tools. Main topics will be:

Bring your computer to learn how to perform Ancestral reconstruction analyses using discrete phylogeography with BEAST 2.2x. Before coming you can install the programs that are detailed in the
introduction of tutorial. 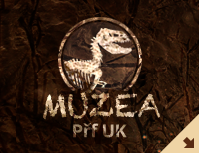